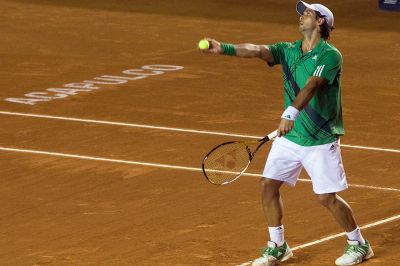 Early exit for Fernando in Memphis

Fernando’s title-winning euphoria came to a bit of a halt today with a surprise first round loss to Jeremy Chardy of France, 6-74, 3-6 in the first round of the Regions Morgan Keegan Championships in Memphis.“With just one day in between matches and in different conditions and not being able to practice on the stadium court before the match, it was difficult,” he said. “And it was difficult for me to get the timing. But he played a great match. He served really good.”

It’s a rough loss, but on the plus side, it gives Fernando almost two weeks off to rest, recover and heal his sciatic nerve injury before the upcoming March-April Masters tournaments. It also means that it may give him time to make himself available to play in Spain’s first round Davis Cup tie against Switzerland on March 5-7.

This website was built with Webnode
You can also have an impressive website for free!
Try it out